The Life of Snails 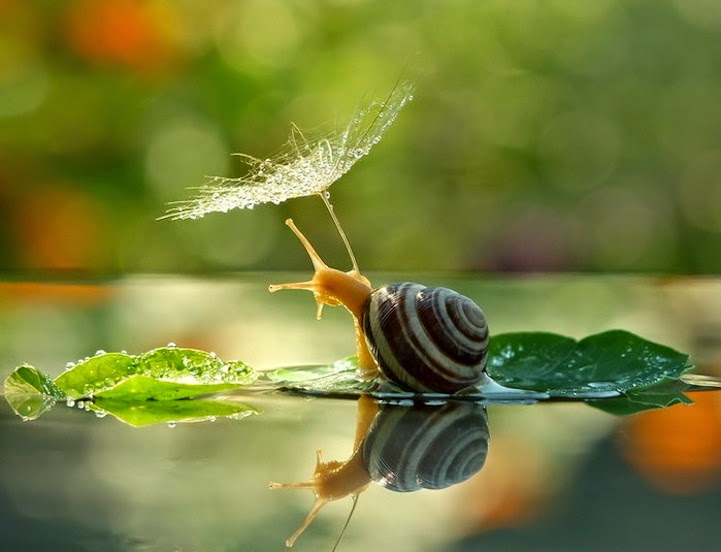 Vyacheslav Mishchenko has captured images of snails in their natural environment.  View additional snail images here.  To view some of his other subjects go to Mishchenko's website.

The Oldest Living Things in the World 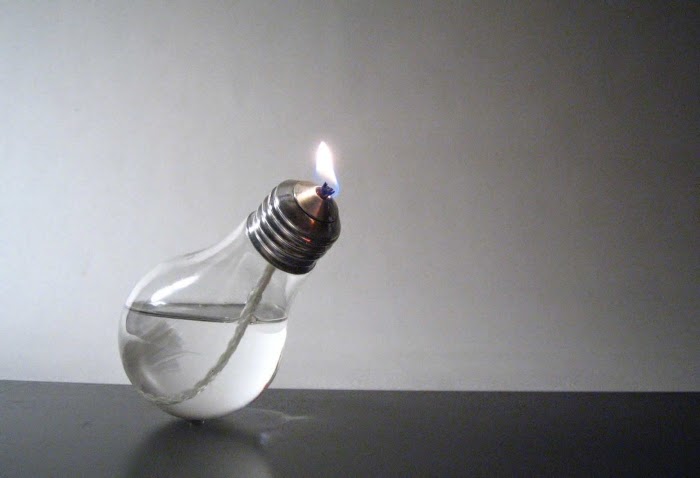 I fully support recycling efforts.  It is a well known fact that candles and other open flame devices destroy property as well as injure or kill people.  Reusing an incandescent bulb for this purpose adds three or four ounces of kerosene to fuel any accident that might occur.

As an alternative I would suggest filling the old bulb with water and using it to grow a plant.... 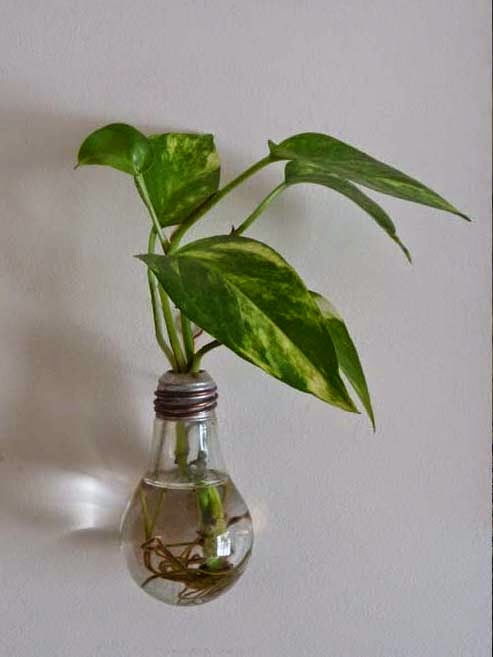 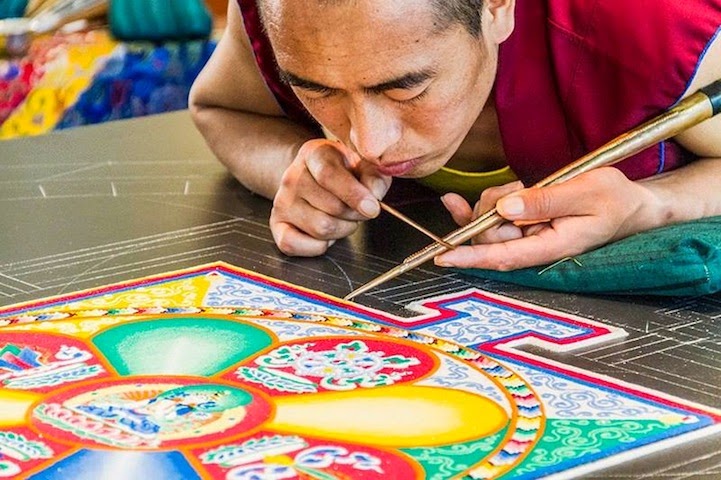 Tibetan monks can work eight hours a day for weeks at a time to create their colorful mandalas.  To see additional images of the creative process click here. 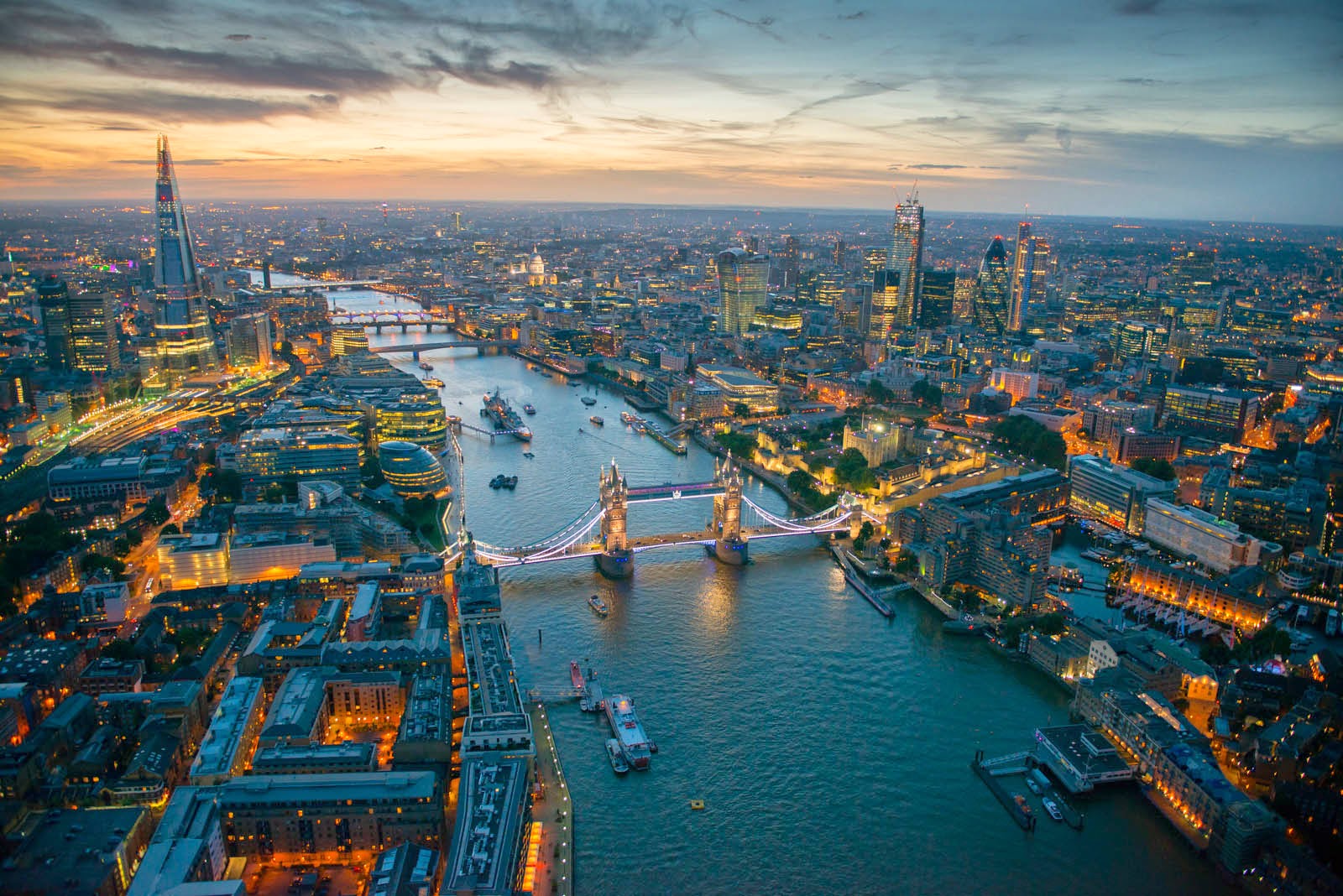 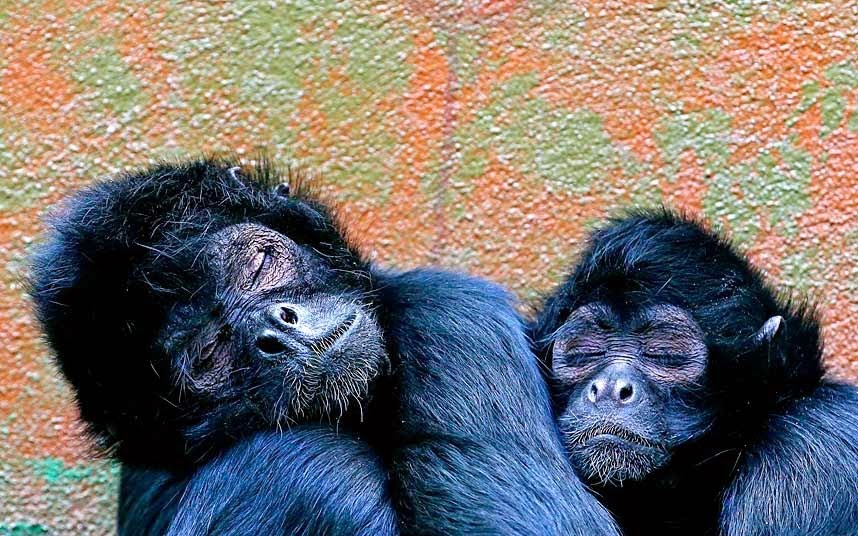 A pair of brown-headed spider monkeys napping at the Antwerp zoo. 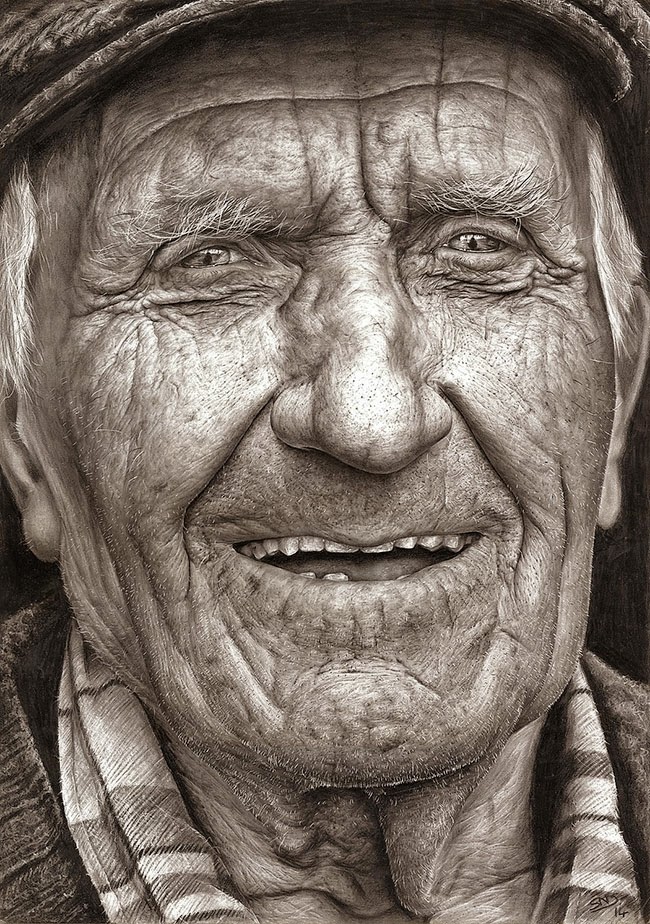 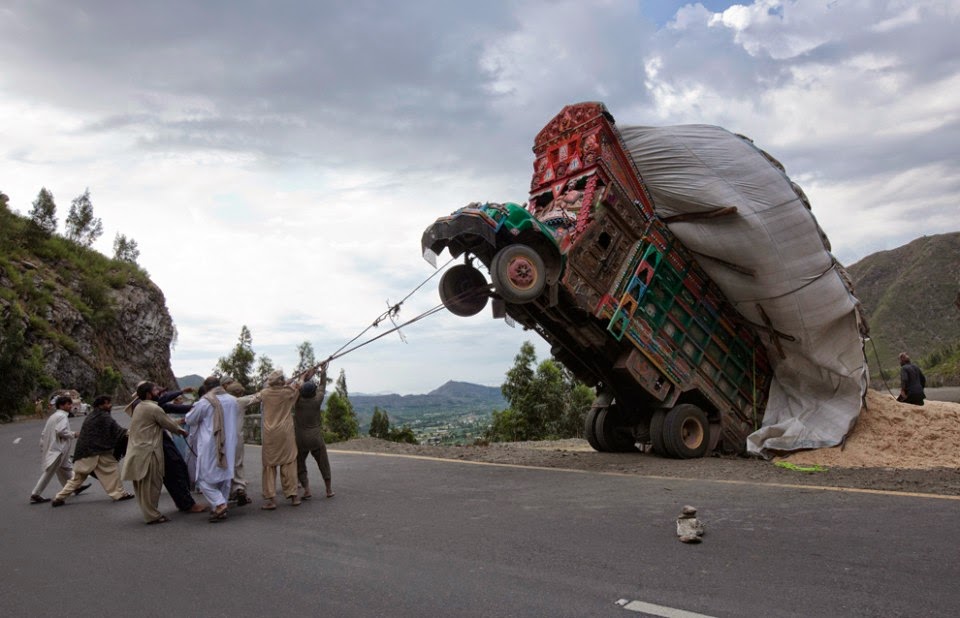 The Man Behind the Mountain 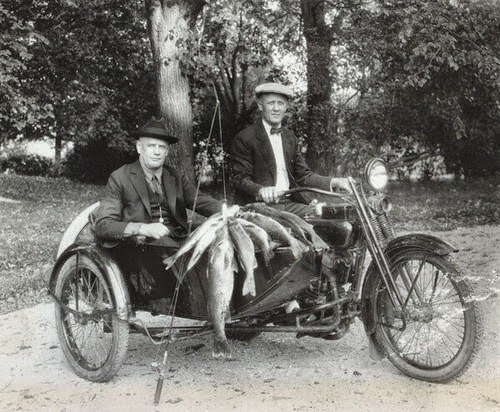 They must be gentleman fishermen.  Suits and ties??  Smells fishy to me.
Posted by Vector at Saturday, April 19, 2014 No comments:

Very few people have not been touched by the VW Kombi


iPad users click here to view the video
Posted by Vector at Thursday, April 17, 2014 No comments: 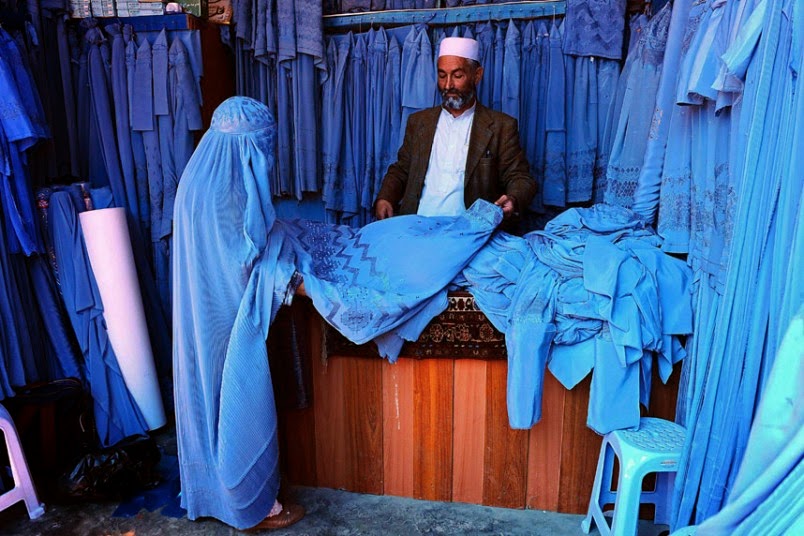 An Afgan woman shops for a burqa in Herat
Posted by Vector at Thursday, April 17, 2014 No comments: 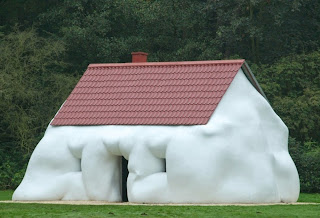 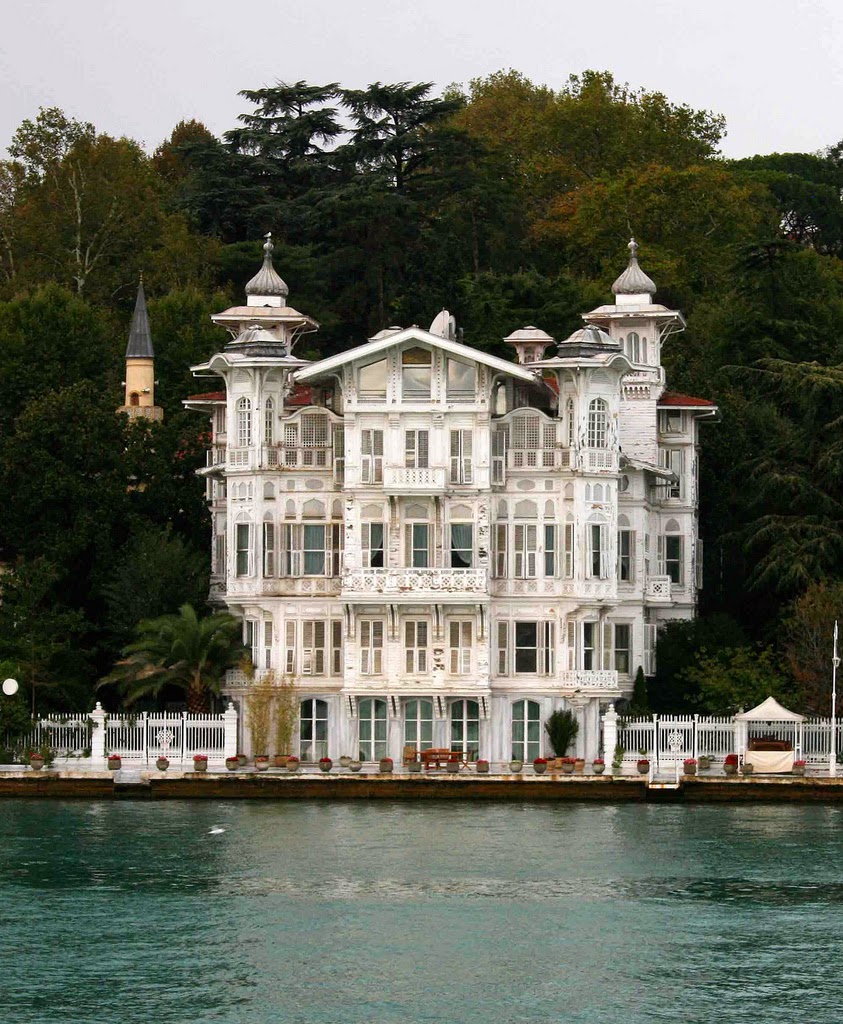 This humble cottage graces the Bosporus Strait which connects the Aegean and Black Seas near Istanbul, Turkey.
Posted by Vector at Monday, April 14, 2014 No comments: 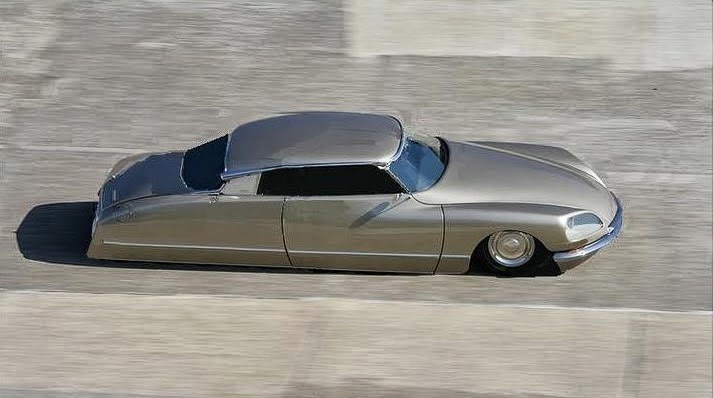 D series Citroens came equipped with a hydraulic suspension that would make it easy to drop them this low. However, to the best of my knowledge they never produced a two door coupe.  A convertible was available so perhaps it was not difficult to simply attach the roof from a sedan to the convertible body.  The rear fender panels are secured by a single bolt.

The D series cars were produced from 1955 through 1975.  It was a very futuristic design for the time. Wikipedia can provide some additional information 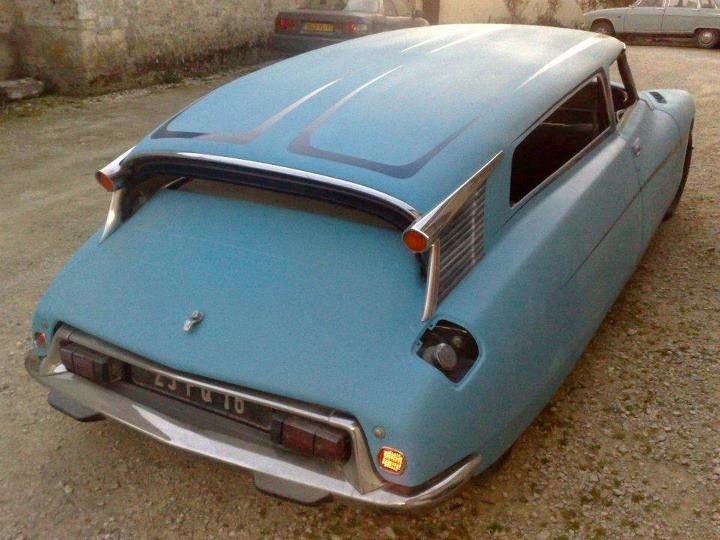 I ran across this modified example of a D series as well.  Again a two door so it started its life as a convertible.  They extended the roof and apparently molded the trunk lid to the body/fenders.  The fenders are no longer able to be removed by simply taking loose the bolt visible to the inside of the turn signal lamp. That would make it difficult to remove the rear tires.  On the original D series cars the rear tires were accessed by removing the rear fender panels.
Posted by Vector at Sunday, April 13, 2014 No comments: 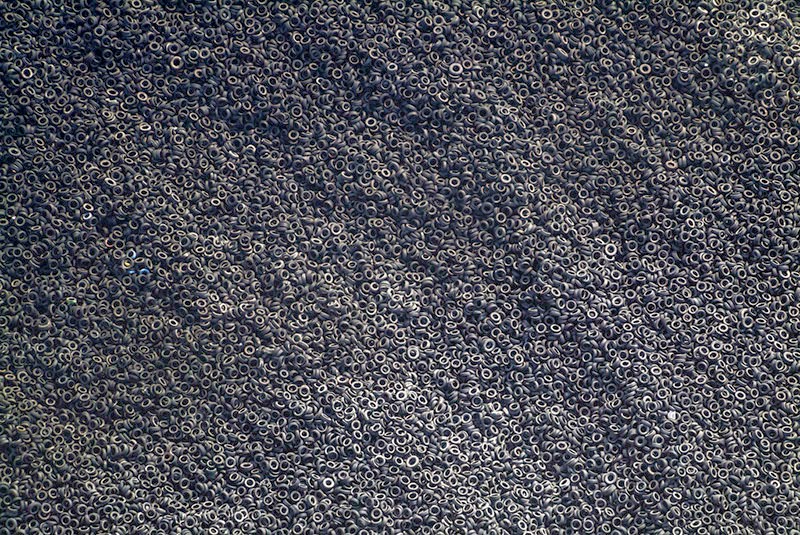 Klaus Leidorf is an aerial photographer 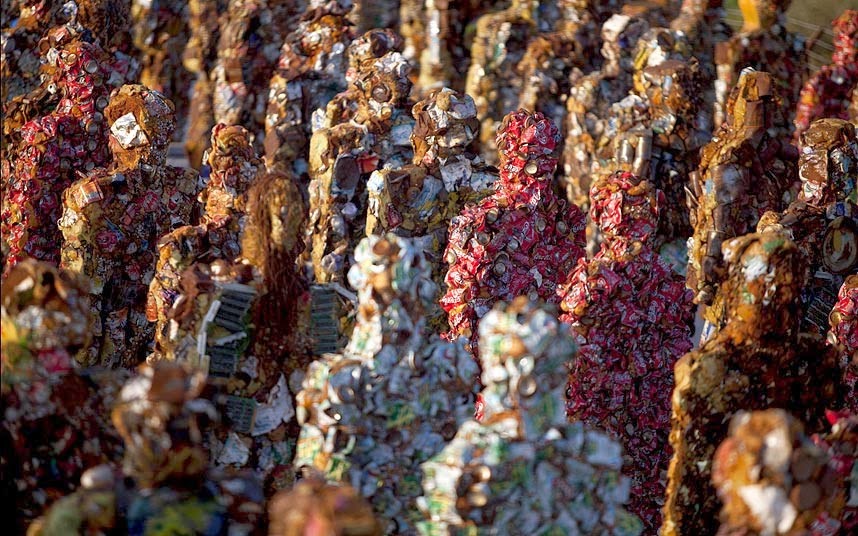 An exhibition entitled Trash People by German artist HA Schuit is on display in Ariel Sharon Park near Tel Aviv.

Seems simple enough: Use 6 GoPro cameras attached to a 3D printed mount.  Click here for further explanation.  If German isn't your first choice, Google can translate it for you.
Posted by Vector at Thursday, April 10, 2014 No comments: 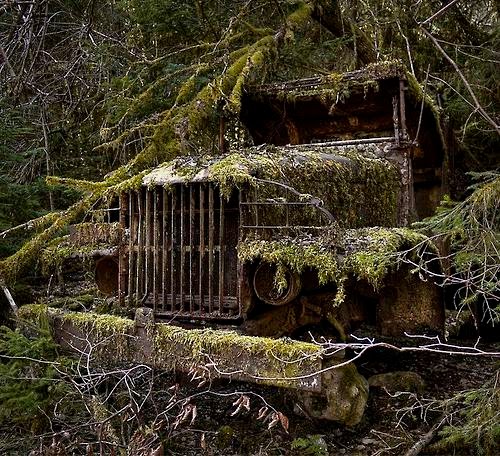 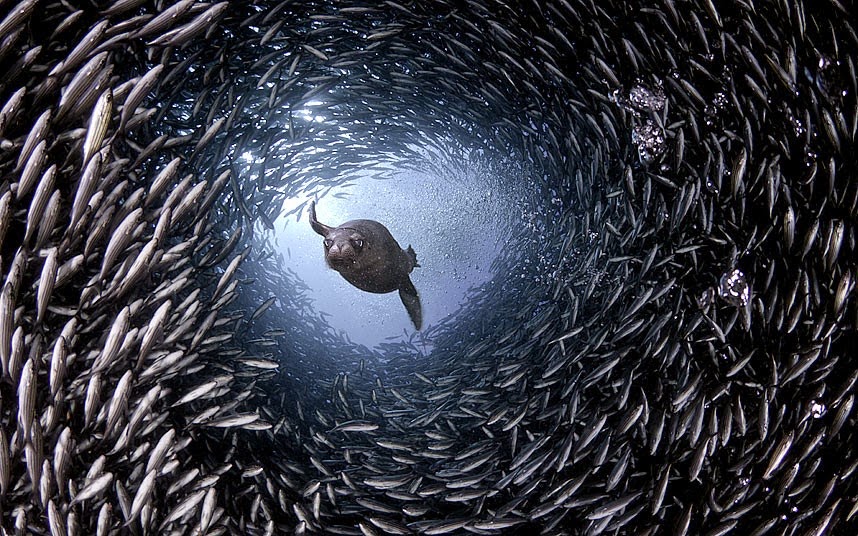 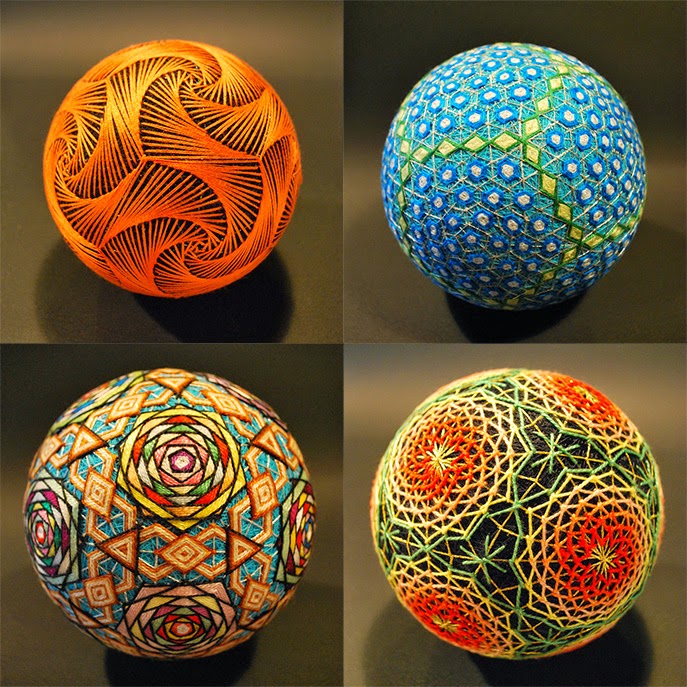 Tamari balls are a form of folk art originating in China.  Japanese women have been making them from old kimonos since the 7th century. One 88 year old woman has made over 500 since she started working when she was in her 60's.  Click here to see more examples of her art.  See Wikipedia for further information.
Posted by Vector at Monday, April 07, 2014 No comments: 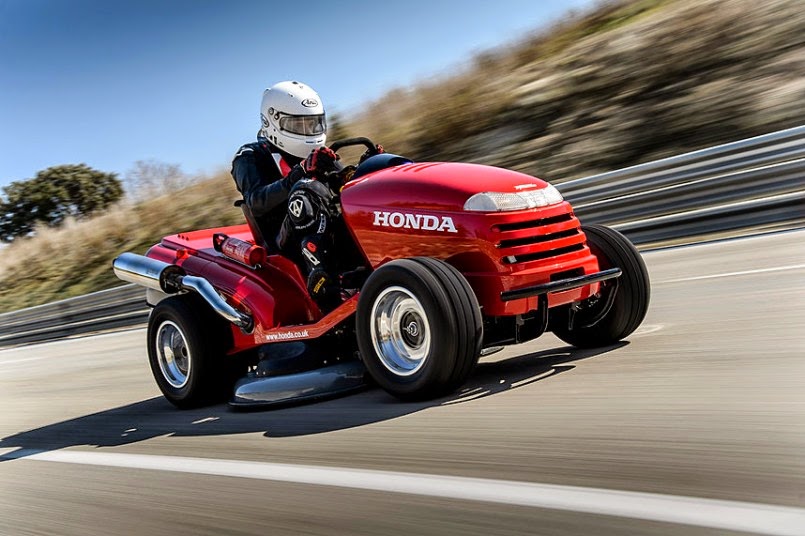 Piers Ward has set a new speed record for lawnmowers.  He was clocked at 115 mph at the IDIADA Proving Ground in Tarragona, Spain.  The old record, set in 2010, was 87 mph. 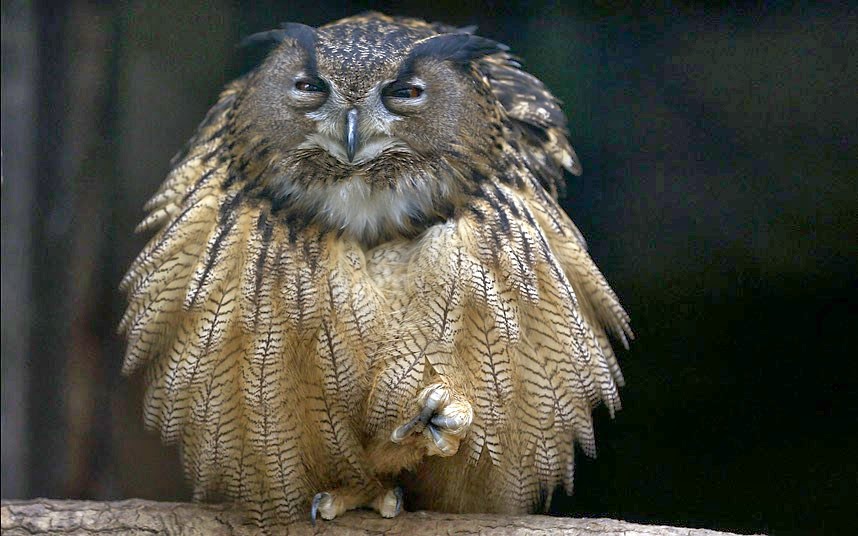 This eagle owl is a resident of the Grugapark in Essen, Germany 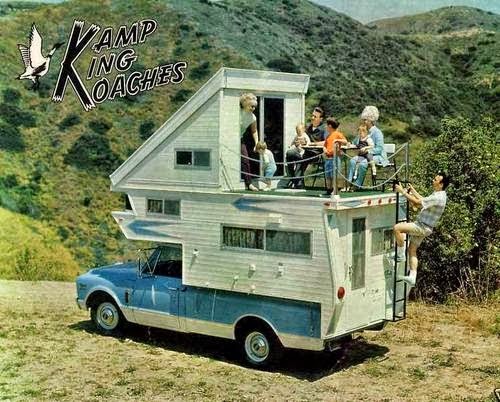 Do you think this advertisment from Kamp King Koaches actually appealed to anyone?
Posted by Vector at Friday, April 04, 2014 No comments: 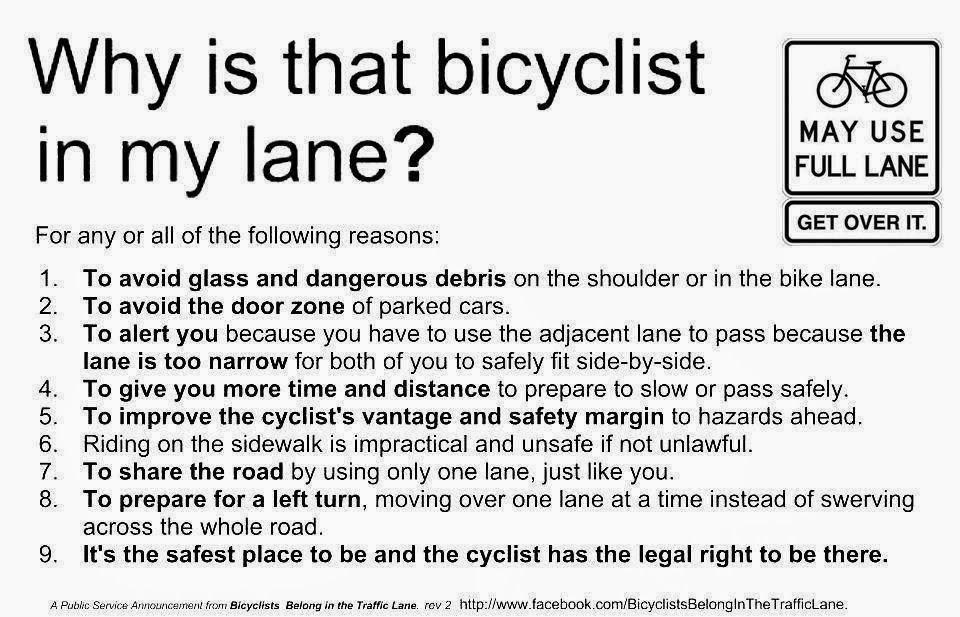 It is finally looking a lot like spring and that means that you will be encountering an increasing number of two wheeled vehicles on the streets and highways.  Some of them will be new to the scene, while others will just need more of your attention because they don't know or don't care to follow the rules.  Let's face it- some of them (just like some drivers of cars and trucks) shouldn't be on the streets at all, but that isn't a reason for them to suffer injury.
Posted by Vector at Thursday, April 03, 2014 No comments: 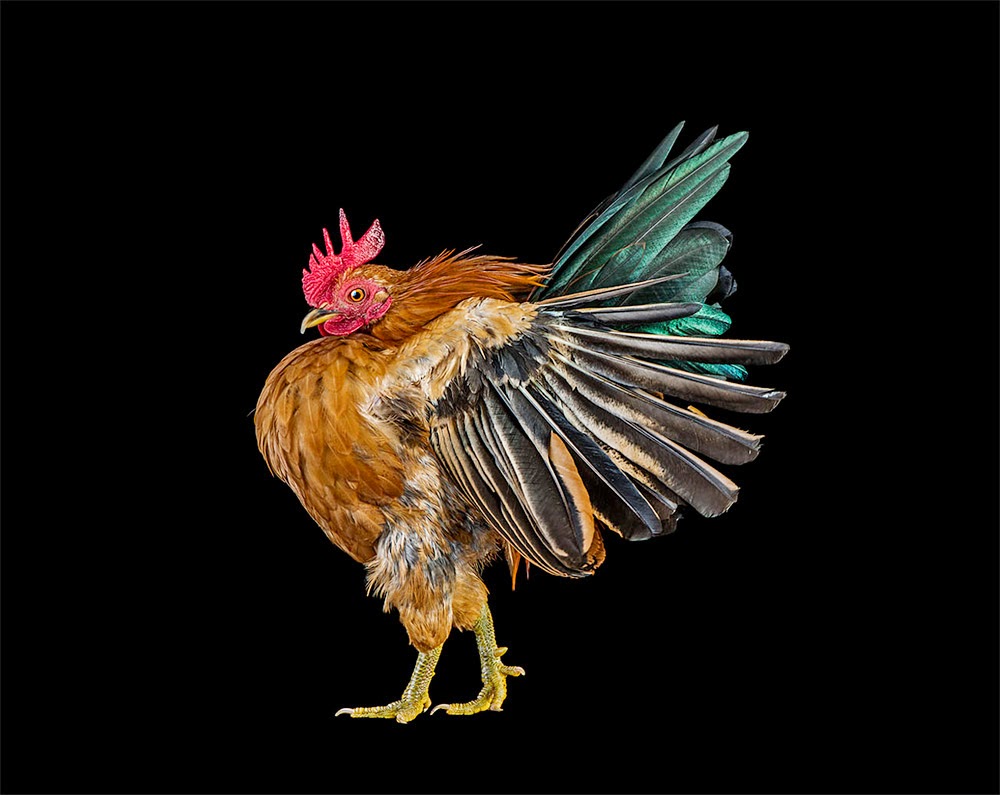 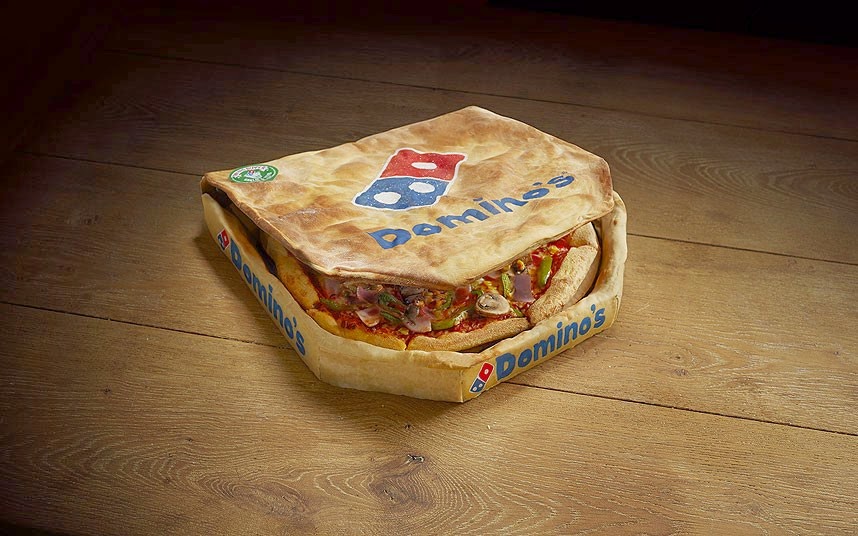 Domino's Pizza in the UK announced today that their latest menu addition will be a new idea called "snackaging"- an edible pizza box.
Posted by Vector at Tuesday, April 01, 2014 No comments:

The devil is in the details 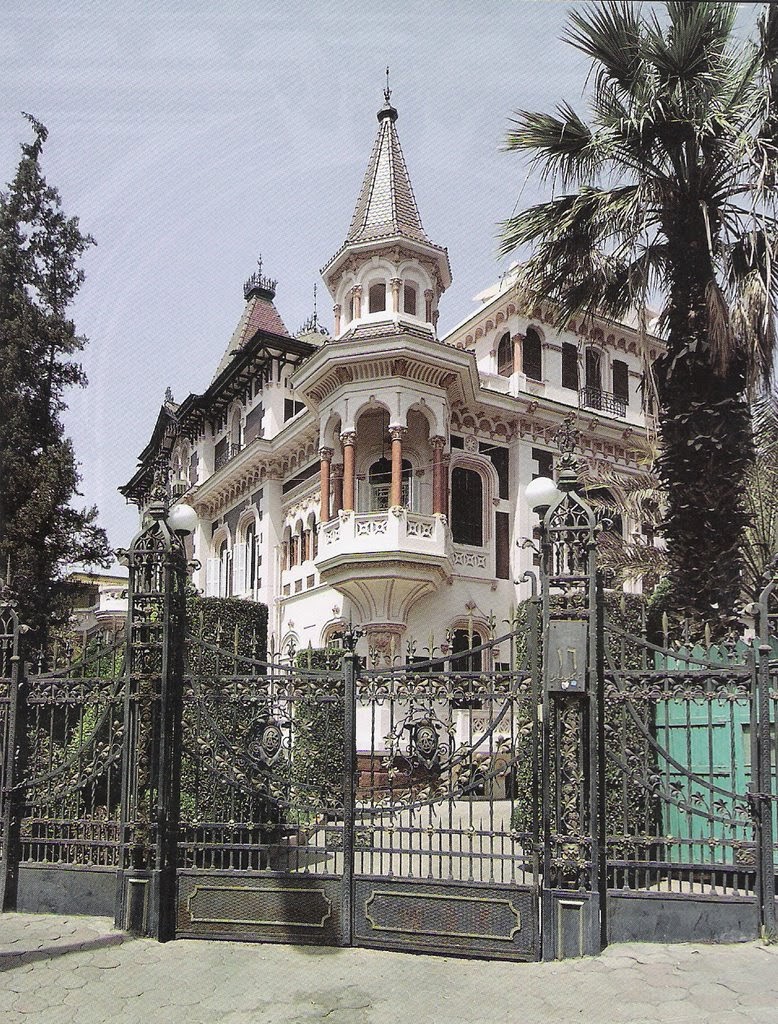